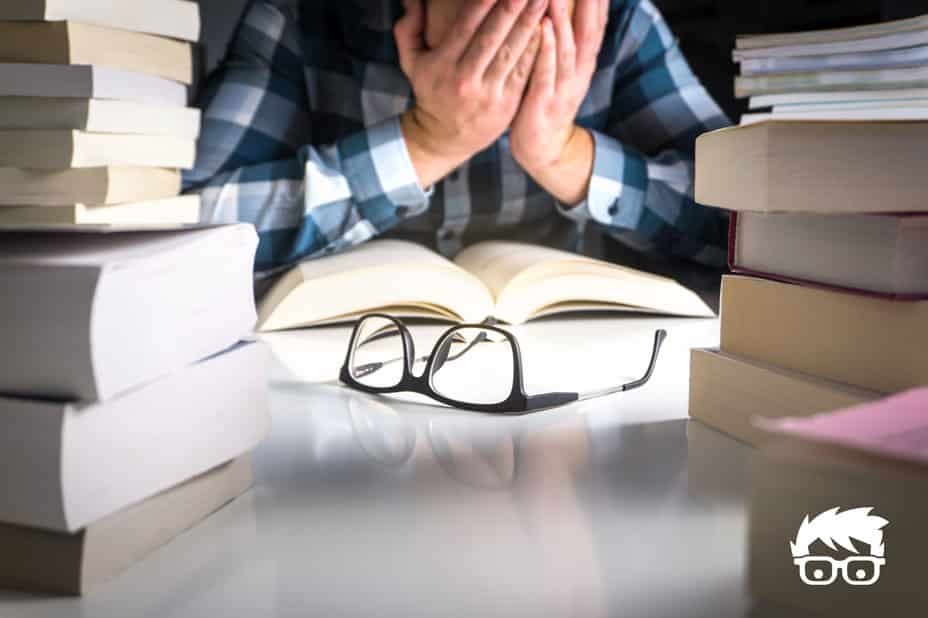 Once upon a time, there was an amazing resource on the Internet for scholars, professors, PhD candidates and researchers to share their academic works for all to see and use, called Academia.edu. Why the fairy tale introduction? Well, as you’ll see in this Academia.edu review, what once was a beautiful land of learning, knowledge and education, has been corrupted by the dark magics of profit and monetization.

Table of Contents: hide
1) What Is Academia.edu?
2) Academia.edu Review – The Issues Under the Surface
2.1) How an Open Platform Can Harm Academics
2.2) How Non-Professionals Can Game the System
3) Pros and Cons of Academia.edu
3.1) Pros:
3.2) Cons:
4) Is There a Better Alternative to Academia.edu for Academics?

Now, citing this site as a reference point for your academic writing carries about the same authority as citing one of Grimm’s Fairy Tales.

It claims to be a place for academics to share papers with others for free to receive citations and increase their exposure to the academic community worldwide. As an Edu website, it’s a bit misleading. Many people believe that all Edu sites must be non—profit and serve official academic institutions and organizations.

While there are a lot of restrictions to registering Edu top level domains now, before 2001, anyone could register an Edu domain, and that’s exactly what happened with Academia.edu. As mentioned in this article on Forbes, the website was registered by a subsidiary, and is not associated with any educationally-affiliated organization. For this site, the lack of institutional affiliation is sadly only the tip of the iceberg.

Academia.edu Review – The Issues Under the Surface

Typically, when you’re trying to find academic publications online, you’re on one of two sides of the fence.

The first group of people are those looking for written works. These are students, industries who may want studies and literature to use with product campaigns, and other academic peers who want someone else’s professional opinion about a given topic. The important thing to notes about the people looking for published books and papers is that they are looking for a “professional” publication.

While Academia.edu delivers itself as a place for academics to share publications, there is no vetting process in place so that readers of these published works can ensure that they are in fact consuming content that was created by people who have the education to provide it. Let me explain exactly what this means for just a moment.

How an Open Platform Can Harm Academics

Let’s say that you were an aspiring medical student who wanted to find a publication that outlined the effects of sugar on elderly patients with diabetes. Most academic sites would screenwriters who are wanting to publish any kind of paper or book on this topic. This is not the case with Academia.edu. It allows anyone to publish on the platform without any kind of verification whatsoever.

So, the paper that you are reading on diabetes and elderly patients may have been written by a qualified physician, or it may have been written by Jerry who lives in the trailer park down the street and dropped out of school at age 17. Sadly, if you create your own term paper on elderly patient care involving diabetes, cite Jerry’s paper, and your medical professor happens to look at your reference, it doesn’t reflect poorly on Jerry but will instead tank your grade and lower the opinion that your professor may have of your worthiness to continue in the program.

As you can imagine, this quickly becomes a major issue for students who are using Academia.edu as a reference point to gather information that they believe to be created by professionals with the education to back up their publications. Surely, this would never become an issue inside of a community of academics, right?

The community would find this paper quickly and make certain that it’s never cited by anyone. Well, that would be great if it was the case at this site. This is where the other side of the coin comes into play.

How Non-Professionals Can Game the System

You see, Jerry may have received an email that offered to make his paper a “recommended paper” by the editing team inside of Academia.edu.

Since the website is a for-profit site, Jerry can simply pay a little bit of money to get his paper boosted in the results so that it is seen by more people and shared more frequently. For Jerry, he may be wanting to create his own line of special elderly diabetic food, yet he has no idea how diabetes affects the human body.

When he sells his food, he can show how often his academic works have been shared on the Academia.edu platform. This gives him an essence of being more authoritative than he really is inside of the industry, and ultimately turns him into an expert that he has no right to be. Yes, eventually all of this will catch up to him, however there could be many people hurt in the crossfire before he is stopped.

Sadly, for actual professionals who are wanting to get their publications noted, events like the one listed above could potentially harm your reputation as a leader in academics, just by being associated with the site. This site preys on those who are uninformed and tries to make you think it is a legit site for you to post your academic works. It is designed to try to make publishers pay money to be seen by more users.

Unfortunately, it comes with a very bad reputation for those who are publishing on the platform, and could potentially harm your professional reputation rather than helping you boost the exposure of the published works you are trying to create to better help other academics. You would probably have better luck gaining an academic reputation by publishing on Yahoo Answers than you would this site.

Pros and Cons of Academia.edu

Is There a Better Alternative to Academia.edu for Academics?

For true academics, there is thankfully a much better alternative to publishing your works on a site such as Academia.edu. One great way to do this is to create your own website. This allows you to publish your own academic writings while maintaining control of how they are delivered. You can develop your own site that features paper publications as well as references to books that you have been a part of or written yourself.

Best of all, the exposure you can gain by creating your own site can be far more significant than if your papers are just part of a larger grouping inside a site like Academia.edu. If you’re ready to get started with creating your own academic website today, please take a moment to check out my top recommended resource that will teach you how to create your own site and promote it so that you are able to gain a significant following as quickly as possible.

22 thoughts on “Academia.edu Review – a Reliable Source for Scholars?”