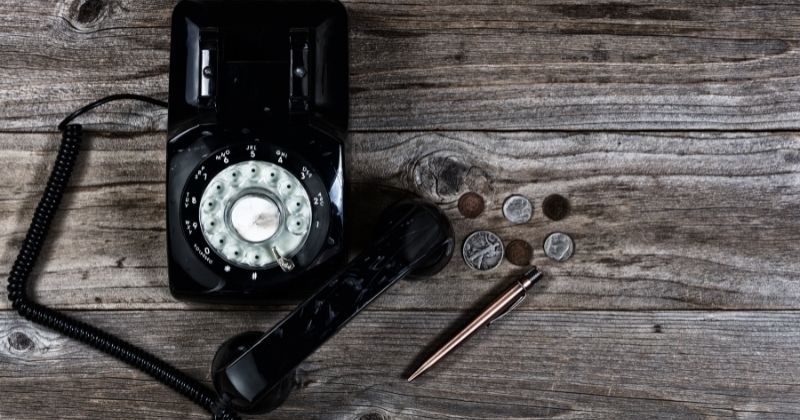 Selling products for commissions is a tough job at the best of times. But it can be easier when people actually know the products. Most people are familiar with the expression “these products sell themselves.” In ACN’s case, this is actually true. You have most likely heard of all the services they sell. That usually means they are easier to sell, right? So what do you need to do to sell ACN’s services? This ACN MLM review will show you the different ways to sell these services so you can decide if it’s worth taking the chance. It might just be too much work.

What is ACN MLM?

ACN (American Communications Network) is a communications network founded in 1993 by Robert Stevanovski, Tony and Mike Cupisz, and Greg Provenzano. The company began with an initial 20 independent representatives. It was originally a long distance reseller called LCI Communications. It was eventually purchased by Qwest Communications.

ACN operates in more than 20 countries and is headquartered in Concord, North Carolina. The company reported total revenue of $3.39 billion in the third quarter of 2021 and has over 200,000 independent representatives called Independent Business Owners (IBOs).

The services are purchased from companies such as AT&T and then resold through independent representatives.

Interestingly, Donald Trump maintained a business relationship with ACN from 2006 until he announced his candidacy for President of the United States in 2015. His children also had a stake in the company. Donald Trump spoke at ACN events, appeared in promotional videos, and even featured ACN products on an episode of The Apprentice.

Once Donald Trump became president, he cut all ties with ACN. In turn, ACN removed all references to Donald Trump from its website and marketing materials. Donald Trump subsequently denied any involvement or knowledge of the company.

Are ACN Products Worth Their Price?

ACN resell a number of services. For this example, we’ll take a look at reselling DirectTV.

DirectTV is a satellite TV service. According to marketing materials, customers who purchase the service can stream anytime on a phone, TV or tablet. There is no annual contract and no hidden fees. Services such as HBO and Netflix are an add-on or can be purchased separately.

To use this service, you also need Internet access, which is sold separately through the AT&T package. The price for the Internet service is $45/month.

Customers receive three months of free HBO Max and access to sports channels. Sports packages are an add-on offer. All this applies if the customer signs a contract with a minimum term of 12 months.

And here is the problem. What customers may not know is that the price automatically increases in the second year. Also, customers are put on autopay and do not receive a paper bill. They have to log into the customer portal to view and print their monthly bills.

And here is the other problem. It doesn’t matter if you buy your service from ACN or directly from DirectTV. The plans, prices and requirements are the same. So I can not say if the products are really worth their price. Since these products are actually resold, there’s really nothing special about them.

When you sign up with ACN as an IBO, you will pay the initial start-up fee. You will also have to pay a monthly fee. In return you get a personalized website where you can sell services, training and support.

Then you will be expected to start acquiring customers by contacting all the potential contacts you have. You will also host parties and attend training events where you can bring someone who might be interested in becoming IBO.

Other ways to reach customers include setting up a booth at a local mall or market, using social media, and hosting online video calls.

You will also be expected to recruit others to join your team.

How Much Does It Cost To Join ACN?

As an ACN Independent Business Owner (IBO) you pay a one-time $199 start-up fee that allows you to do business in any country where ACN operates for one year. After that, you pay a monthly business support fee of $25. This fee allows you to maintain your active status with ACN. This fee also covers customer support.

Other costs are the hidden costs of running your day-to-day business. These include phone charges, gas and maintenance costs for your car, and any other personal expenses incurred in the course of your business. None of these expenses are reimbursable.

Can You Make Money With ACN?

When you make a customer sale, the service you sell is worth a certain number of points. If you sell multiple services, you get more points per customer.

Each time you sign a new customer, you get a residual income of 3%-20% of the monthly bills.

There are also upsells. For example, if you sell a TV package, you will get more points if the customer orders a device and a remote control.

Multiple ways to reach customers: There are several ways you can reach potential customers.

Branded Products: The products sold by ACN IBOs are well-known brands that customers recognize and that make it easier to sell to them.

60-Day Qualification Period: All customers signed up for new or transferred services must be active or activated by the 60th day after the IBO qualification period. That’s a long time to wait for commissions.

Host Events: You are expected to host events, similar to Tupperware parties, to reach potential customers.

Litigation: ACN has been the subject of some litigation. The most recent in July 2019 involved Donald Trump and his children. The Trumps were accused of not disclosing their involvement in ACN and that they were paid by ACN when they recommended ACN as a great investment.

In another case from 2002, ACN IBOs were accused of switching customers to their services without authorization.

Is ACN A Scam?

ACN is not a scam because they are very open about how IBOs make money. If you read the fine print at the bottom of the website, it specifically states that the “…earned annual income achieved by fewer than 1% of ACN IBOs.” And that’s the case with all MLMs. Only the people at the very top make decent money.

You really need to be an outgoing personality for this job. It’s a lot of work to get customers and keep them. The real money and the real work is in the recruitment.
If you really want to be an independent online business owner, check out my #1 recommendation. You’ll get all the tools you need to be successful including a free website, hosting, 24/7 support, training, and awesome tools. Plus, I’ll help you!