If you have ever heard of James Renouf, then you know he is someone who releases several products within the Warrior Forum and according to Ripoff Report, gets several complaints.

Well, another product release has emerged from Renouf and this one is called Critical Mass Exposure.

Rule #1: If the product title doesn’t give you an idea as to what it is – chances are there is little value to what is being offered. But I was certainly curious about what the product was about, in fact, I didn’t even know if it was an ebook, video or software. So, with that said – I purchased Critical Mass Exposure.

Review of the Critical Mass Exposure

The Critical Mass Exposure training is a single PDF file that is 39 pages written by James Renouf which discusses a single method for attaining traffic to your website or additional clicks to affiliate links. There was an upsell for a video guide

Out of respect of James Renouf, I will not reveal the exact website he talks about inside this training, but I will mention that it is not cutting edge nor will it create ‘Critical Mass Exposure’ of traffic.

Essentially Critical Mass Exposure taps into a website that hosts audio files in which you can leverage as a traffic source. Within the training, he gives a walkthrough on a case study that was done with a particular audio broadcast that led to a landing page which sold a $197 course. The case study showed that they attained a single sale which ended up being a 1.25% conversion rate based on the traffic.

And based on WarriorPlus, this was the only sale of the product. Have a look at the screenshot.

If this source of traffic was causing ‘Critical Mass Exposure’, then wouldn’t you think they would get more sales? For all we know, this sale was made by one of his buddies for the sheer sake of this training.

Who is Critical Mass Exposure For?

I can’t say that anyone would benefit from this training because the proof elements within the training are so weak.

The only benefit I could see has to do with reputation management and securing your username/brand so that someone else doesn’t take it. But that’s it.

Other than sending James a private message within Warrior Forum, there is no support available.

So, if you have any questions or want to follow up with further training, it isn’t available and you’re left fending for yourself.

Although the idea of getting traffic from this audio website is a neat idea, it fails to impress me a something that will create any sort of critical mass exposure of traffic for your website, brand or affiliate links.

The proof elements are very weak and don’t support any of the statements on the sales page.

What is Better Than Critical Mass Exposure

If you want a place that will:

Then have a look at my #1 Recommendation here

Get in The Front of the Line

GET THE LATEST POSTS AS SOON AS THEY'RE PUBLISHED 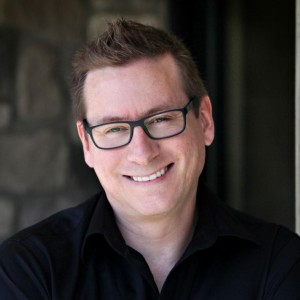