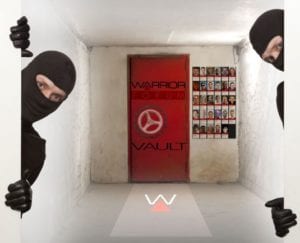 If you’re on the Warrior Forum’s mailing list, then you may have recently found yourself being slammed by emails promoting their newest product, the Warrior Vault. Is the vault worth the money that they are asking for it, or are there better options out there for you if you want to really get started making money online?

Table of Contents: hide
1) What Is The Warrior Vault?
2) Warrior Vault Review
3) What About the Great Bonuses?
4) So Are There Better Options Out There?

What Is The Warrior Vault?

The Warrior Vault is a new product that was created by the team behind the Warrior Forum that supposedly takes the knowledge of multiple successful internet marketers who claim to earn 6 and 7 figures annually. They are even going as far as to claim that it’s the “Wikipedia of Internet Marketing” as you can see in the screenshot below.

Entry into the vault is only going to set you back $297 PER YEAR! That’s right, you have to really pay attention to that per year part as the sales page makes it a little deceptive by stating you won’t see monthly charges time and time again. When it comes to mentioning the fact that you will be paying the $297 fee every year though, they only mention it a couple of times and really tout the fact that you get instant access for only $297.

Okay, so I’m going to be completely open here and clearly state that I have not actually purchased this product. Why? Well, just taking a look at the sales page for this one really sent me running off in the opposite direction for several reasons.

First, the fact that the price you are paying is an annual fee is pretty hard to find. Unless you’re reading the sales copy line for line, odds are that you will miss it entirely. Also, this fact isn’t mentioned until the end of the sales page, while the fact that you can get access for “only $297” with no annoying monthly charges, is mentioned throughout the copy.

Second, while there are a few reputable marketers in the mix, many of the marketers that are “influencers” have been known to have some really scammy methods of selling in the past.

Neil Patel is touted on the sales page as being one of the most well-known digital marketers on the internet and helping many online companies such as Amazon get more sales. However, as I mentioned in my review of the Quicksprout University, he’s also notorious for putting his name on products that he doesn’t teach while claiming he’s the creator. The question is with the Vault, are you really getting training that he created, or did he just pay someone to put something together that he’s now claiming as his own?

Just do a quick search on Google for Frontier Marketing scams and you can see some of the original reviews that have since been disassociated with his name. There were many complaints from people back in the early days of Facebook for example who stated that the company claimed to be giving them a free newsletter, only to then find themselves charged $30 dollars per month. Sounds about as deceptive as burying annual membership costs, doesn’t it?

While these are only two of the many different “influencers” that helped to create the Vault, I quickly stopped looking as what I was finding was scary enough without digging too much further.

Finally, and it may seem like a petty complaint, but read on. There are numerous spelling and typographical errors on the sales page. Now, a few mistakes are acceptable and fully expected when you are writing long sales letters. This sales page, however, has dozens. This is a major red flag for me because this is a product that is supposedly created by dozens of 6 and 7 figure earners. Can you honestly tell me that they couldn’t afford a decent editor with all of those millions of dollars at their disposal?

What About the Great Bonuses?

The final straw for making me stay very far away from this product was the bonus section at the bottom of the sales letter. First, I noticed the freebies that are only being given to the first 100 people to join. The fact that at the time of this review, the product has been out for 10 days (it launched on July 19th, 2016) and the 100 person bonuses are still available tells me something.

It’s either not a very popular product, which I truly hope. Or they are not really capping the bonuses to the first 100 people who buy. Either way, it’s not a very good sign.

Now, looking into the bonuses themselves just a little bit. The first one that I noticed was the “wayback rebuilder” program. This is a piece of software that was created by Terry Kyle that allows you to basically download expired domain websites from the Wayback Machine and then rebuild them quickly.

The thing that isn’t mentioned about this tactic is that there are often some big problems with many of these old sites. You can run into everything from having bad backlinks and negative SEO pointing to them, all the way up to the sites having manual penalties and de-indexation from search engines.

You have to remember one thing about sites like this. The original owners have abandoned them for a reason. Do you really want to invest your time and money into getting them back up and running only to discover that you are going to have a very hard time ever getting anyone to see them?

The second limited time bonus is a course by Rick Page that the sales page states is the “highest rated conversion course on Udemy.” I have to question that just a little bit as I found the course on the platform and it hasn’t had very many students enroll since it came out.

This course was created in October of 2014 and since then it has enrolled 388 students as of the time of this review. The concern about this is the fact that in May of 2015 there were already 209 students enrolled. Now, the very concerning thing is that it is impossible to tell how many of these few students were free members as it was a very popular Warrior Forum tactic to give courses away for reviews during that time frame and unfortunately, it is impossible to find out whether or not the reviews are 100% genuine.

So Are There Better Options Out There?

Thankfully, yes there is a much better option out there that doesn’t try to hide the fact that you have to pay a monthly or annual fee to access premium training. Even better than that, they offer training for free and don’t even ask for your credit card number in order to try it out. Yes, I am talking about Wealthy Affiliate – a site that I have been a member for over 8 years now and love the training, support, community, tools, hosting and domains (you can now buy domain names right in Wealthy Affiliate).

Have a look at this comparison table between Wealthy Affiliate and Warrior Vault. See for yourself that there really is no comparison between the two.

A Contrarian View On Backlinks